Currently, newspapers and technological magazines frequently write about future trends in the automotive industry. Key topics for discussion include aspects of electrification, digitalization and autonomous driving. Recently, Audi provided an insightful outlook on these upcoming technologies with the e-tron Sportback concept at Auto Shanghai 2017. 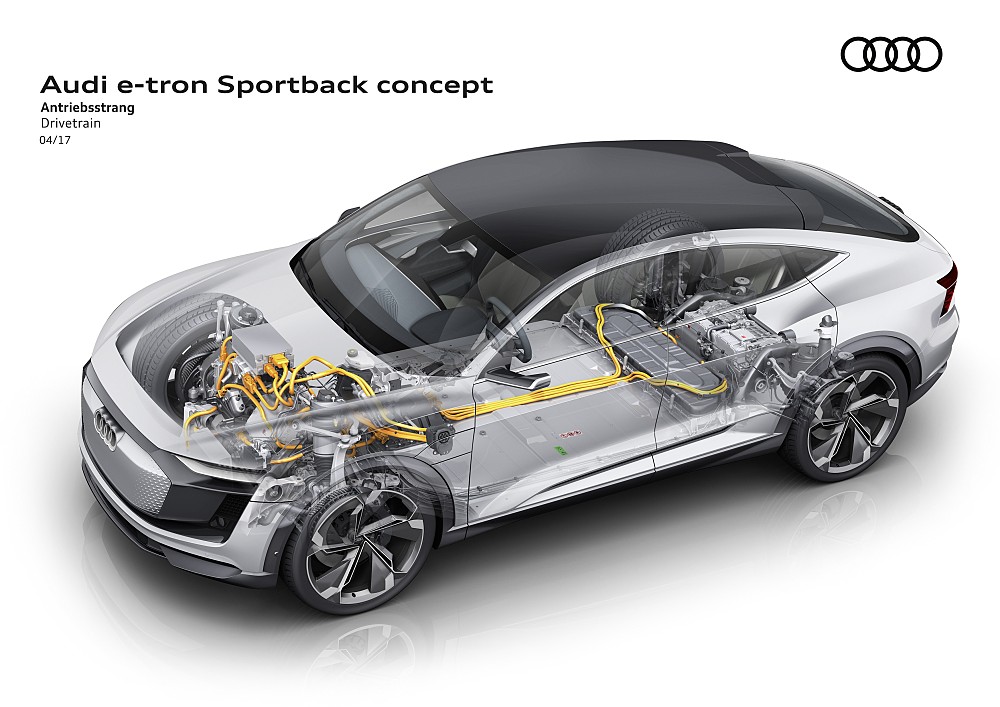 Such concept cars are at the cutting-edge of technology, however, they give the impression that future innovations will occur exclusively within the field of computer science and electrical engineering. Nevertheless “classical” mechanical components will require further attention and optimization, to meet new requirements of future cars which are triggered by the above trends. These requirements can either be refinements of existing designs or totally new concepts, e.g. in the framework of changed package or load situations. This leaves room for innovative ideas from mechanical engineers.

One such field is brake development, which was demonstrated by the high level of interest at EuroBrake 2017 – a major international forum for brake experts working in the sectors of passenger cars, commercial vehicles, rail, aerospace, industry and academia. Over 1,000 participants attended, including industry delegates, high-level researchers and talented students from all around the globe, clearly illustrating the broad attention this predominantly (but not purely) mechanical domain receives. 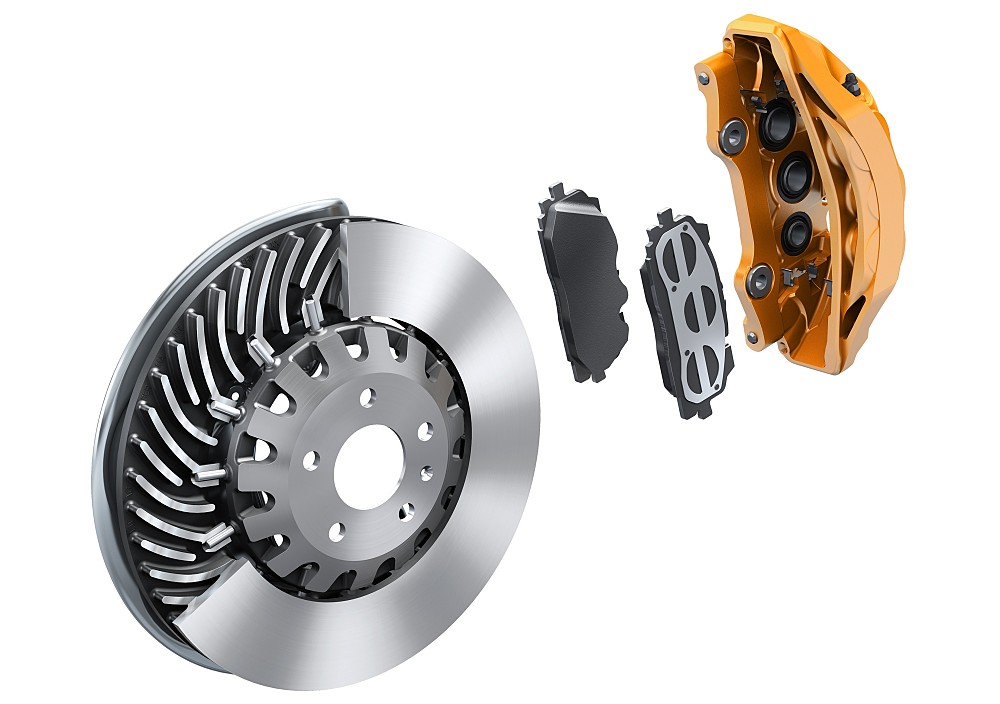 Residual drag reduction: Avoidance of unwanted contact between pad and disc when the brake is not applied is highly important for maximum efficiency and, thus, electrical range. A suitable quantitative measure for residual drag is typically the resulting torque or the amount of energy dissipated by the wheel brakes along a standardized driving cycle. From a technical point of view, the risk for unwanted contact is caused by brake disc imperfections (mainly axial eccentricity and disc thickness variations) together with the fact that the pads cannot be retracted arbitrarily far away from the brake disc – at least with conventional actuation systems, as this will have a direct impact on brake pedal feel. For the development of all future car lines, Audi puts an even higher focus on residual drag reduction. On the testing side, brake dynamometer procedures are developed and optimized to resolve and eliminate even very low unwanted drag torque. On the concept side, new brake caliper designs are evaluated in the context of future actuation systems (e.g. electric boosters with a decoupling of pedal and wheel brake) and operation strategies (e.g. in the framework of recuperation, see below).

Zero tolerance to noise: In a friction brake, due to the laws of physics, a 100% avoidance of friction-induced vibrations over the full audible frequency range (20 Hz – 20 kHz) is challenging. Nevertheless, brake noise, vibration, harshness (NVH) can be critical to the customer, especially in the premium segment of the market. In electric cars, the situation becomes particularly critical, due to the lowered ambient noise from the drivetrain. Audi is constantly investing in research work in the field of wheel brake NVH. This applies for both the simulation side (e.g. making the step from stability calculations to determination of the steady-state periodic solutions) as well as testing and data analysis (e.g. introducing big data techniques to better correlate results from several tests and with different setups). For a fixed calliper brake system, the images below show a 3D laser vibrometer analysis, which measures operational deflection shapes during brake squeal events as a basis for countermeasure development. 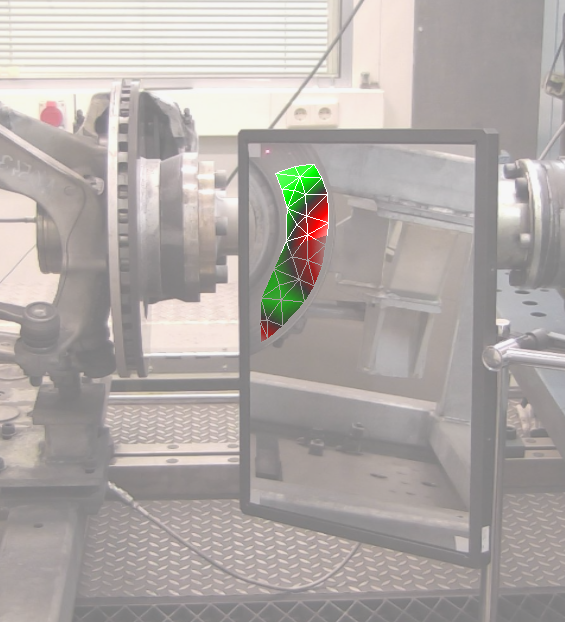 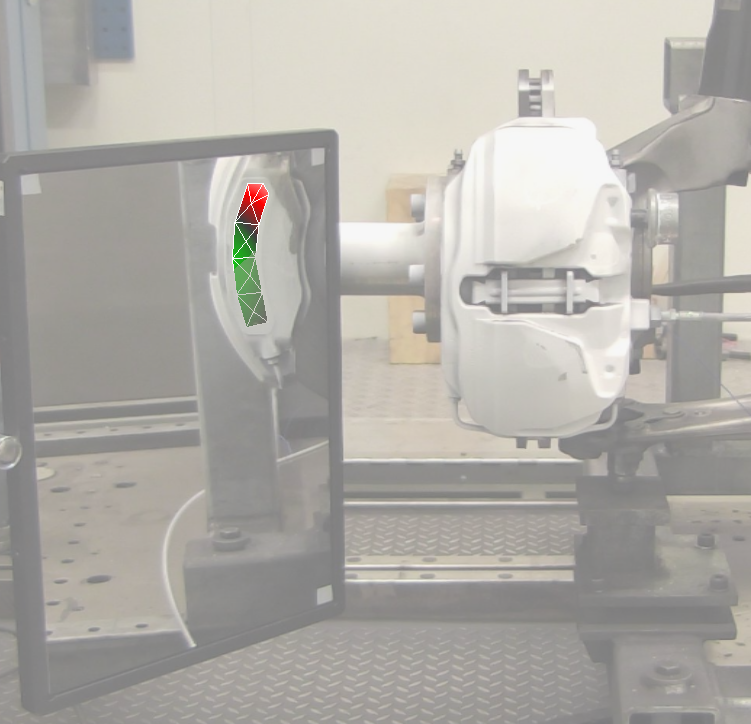 New load spectra: Hybrids (PHEVs) and battery electric vehicles (BEVs) have the capability of regenerative deceleration by operating the electric motor(s) as generator(s). Even though the recuperation potential is subject to limitations (e.g. temperatures, state of charge, driving stability reasons) in future cars, many brake applications during customer-oriented driving will be covered by regenerative deceleration. Consequently, brake pressure, temperature and power regimes are significantly altered. To underline and quantify these changes, Audi has undertaken an endurance run with a PHEV over a distance of 25,000 km, for which brake recuperation could be switched on and off by software manipulation. The results and conclusions are discussed in detail in [1]. 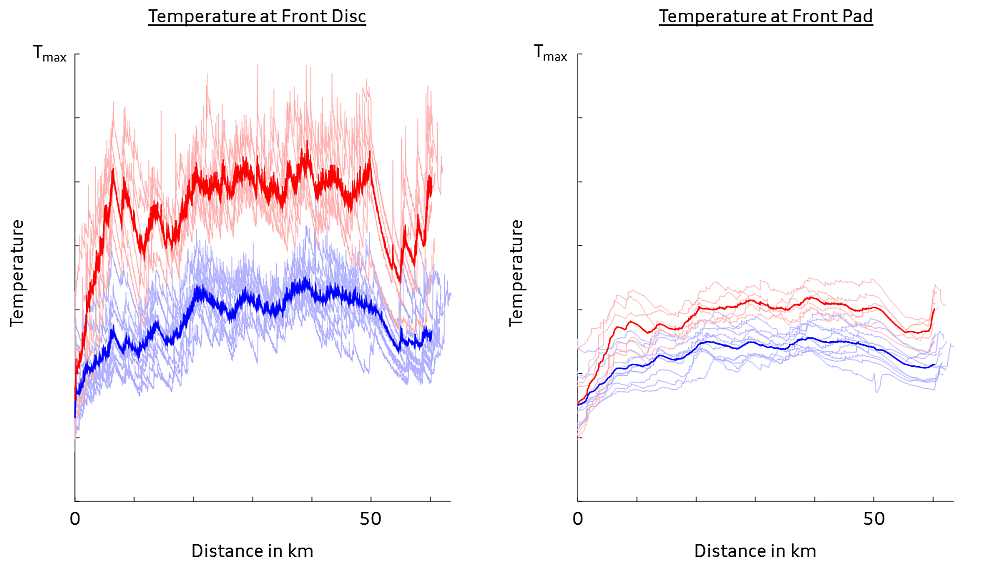 The findings indicate not only certain downsizing potentials but also new challenges. Since used less frequently, special attention is required to avoid excessive corrosion of brake discs and pads. In addition, high and stable friction coefficients must be guaranteed, even if the brake system underwent long phases of inactivity. Putting all these potentials and challenges together, it becomes clear that wheel brakes should be specifically developed for electric vehicles [1], leaving lots of innovation potential in the field of corrosion avoidance, friction materials and light weight design.

Considering tools and strategies for future brake system development, the worlds of classical mechanics, mechatronics and computer science more and more coalesce and will continue to do so. On one hand, especially in modern PHEVs and BEVs, the functional complexity increases. Consequently, the task of “bringing a car safely to stop in all situations” is a broad collaborative work of engineers from different disciplines. On the other hand, methods such as neural networks, artificial intelligence and data mining increasingly penetrate the classical engineering domains.

Finally, it is worth mentioning that conventional wheel brakes, operated by the principal of friction, will be a central component also in future BEVs. Not only are they needed as safety components and for high speed decelerations, they are also a robust actuator for automated functions, such as stability control and piloted driving.