The FISITA Automotive HMI Online Conference was moderated by Christophe Aufrère, CTO of Faurecia, with speakers Bryan Reimer from the MIT Center for Transportation and Logistics, Philipp Kemmler-Erdmannsdorffer from NIO, and Omar Ben Abdelaziz from Faurecia.

Christophe: So now we go to Philipp Kemmler-Erdmannsdorffer who is working within NIO as the Senior Manager of Communications and Public Affairs at NIO in Germany. As a company spokesman he is responsible for all internal and external corporate communications for Europe as well as for maintaining political relations so he's going to show us how NIO has already developed innovative HMI solutions to  improve user experience and safety and what will come in the future. So we thought that it would be very interesting to have NIO as a new OEM, with no past I would say - so there are very free to invent whatever, or new function, whatever new within the automotive industry and within the car. So I leave the floor to Philipp.

Philipp: Merci Christophe and a warm hello from Munich. It's great to participate here even though I always wanted to give a presentation the same line-up with the MIT so that's pretty cool! I'm filling in today for Kaveh Shirdel, our UI/UX Director, who is unfortunately not able to join us today so I'm sorry for me probably being a bit less technical as he would have been, but I'm a social scientist so please excuse me for that. 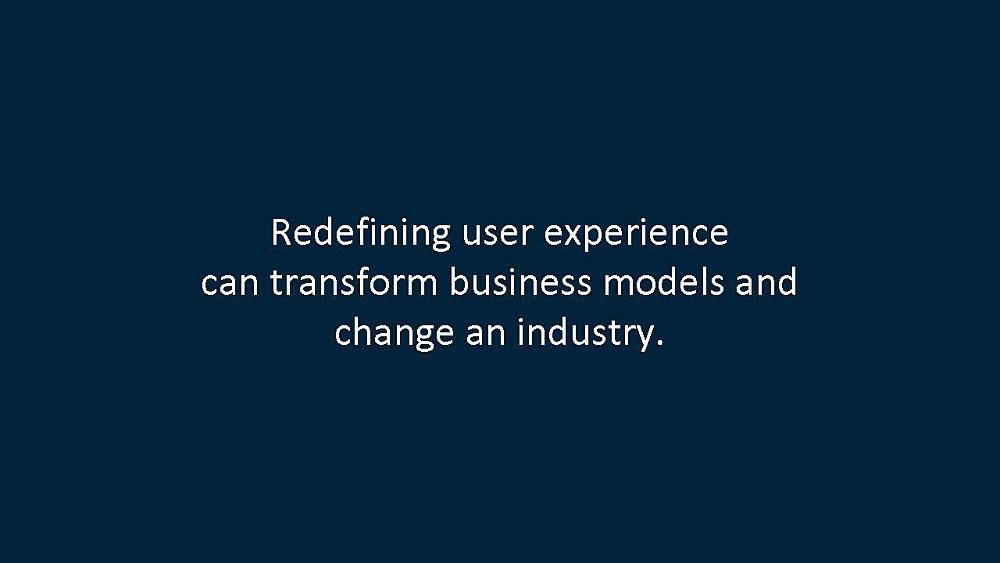 Nonetheless I try to give a little overview of what we are doing at NIO. How we would like to proceed in terms of HMI, to proceed in terms of digitization, in terms of creating a new environment within the automobile industry. So a few words on NIO for those who haven't learned about us yet. So NIO is a new generation car company. It is founded in 2014 so it's pretty young still, and it's born in the mobile internet area. So for us digital features and digitization is a determination in the future of the car and that's why we try being as much digital as possible from the beginning to satisfy the demands of users and potential future customers. 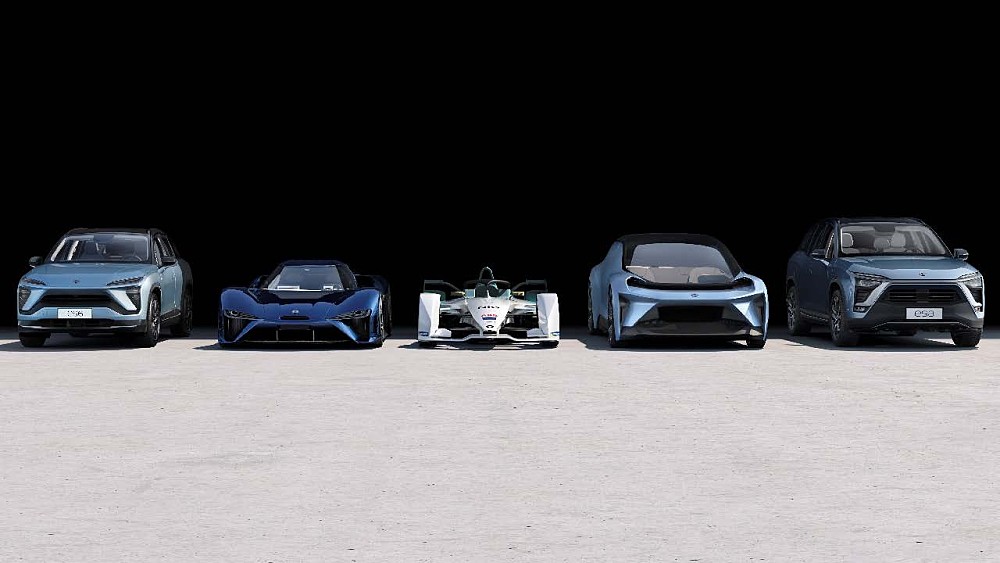 So it's our strong belief that digitality will redefine the user experience in the whole industry and therefore most likely the whole business model around the automotive industry and within the automotive industry. I think because of this we are going to see a lot more of human machine interaction within technology and whose ability will be also become far more important than it is now. So we we do see a lot more of research not only from computer scientists or engineers but also from psychologists for example how humans are interacting with the machines. So our competitor around the corner, Audi for example, has its first HMI test units where psychologists are testing how humans are interacting with the machines so this is where we currently are at NIO. We came from the performance side as you can see. This is our Formula-E race car where we started off engineering. Meanwhile we are selling two mass production vehicles in the Chinese markets our performance SUV is the year six and the years eight and like our competitors we consider autonomous and connected driving as one of the key features for future cars and so our San Jose team in California is researching and developing together with the colleagues from Intel Mobileye these technologies. And, as Brian already said, there is still a way to go, but I show you a little video where we are right now with our development. 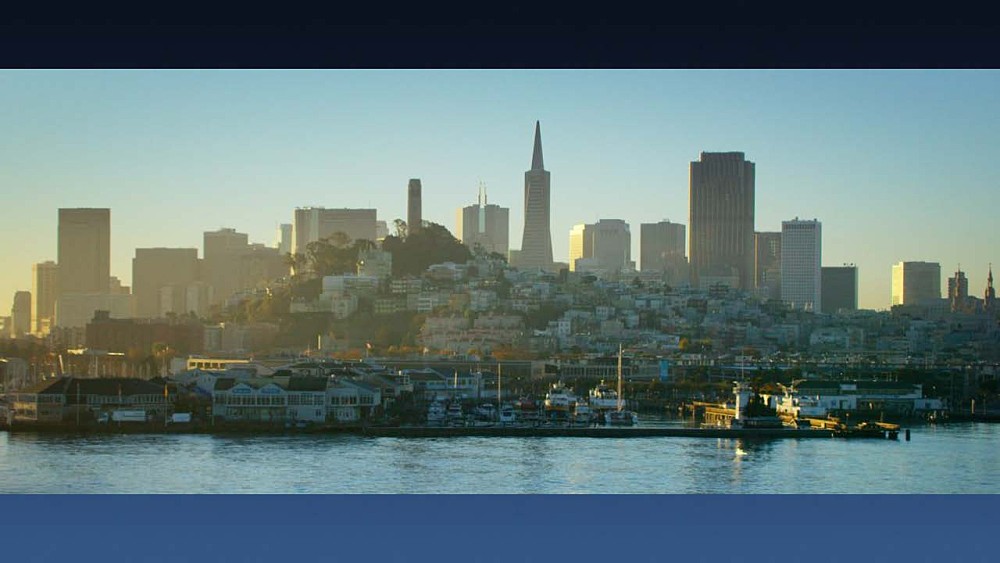 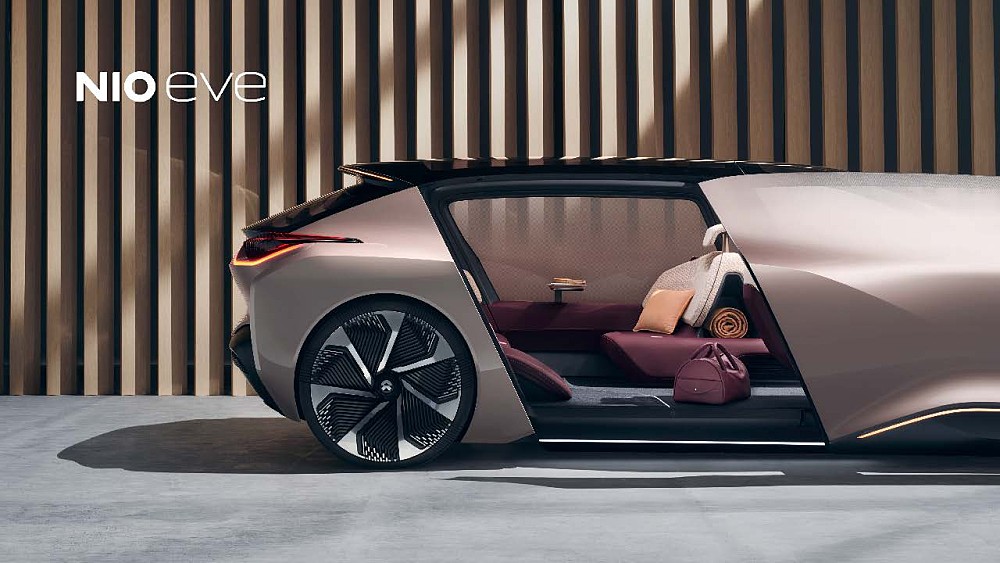 So yes, this is where we are right now with the development, but where is this development going? So in 2018 we presented at South by Southwest (SXSW) where we see this future headed for. NIO Eve is our vision car and this is the vision of the already fully-autonomous vehicle. 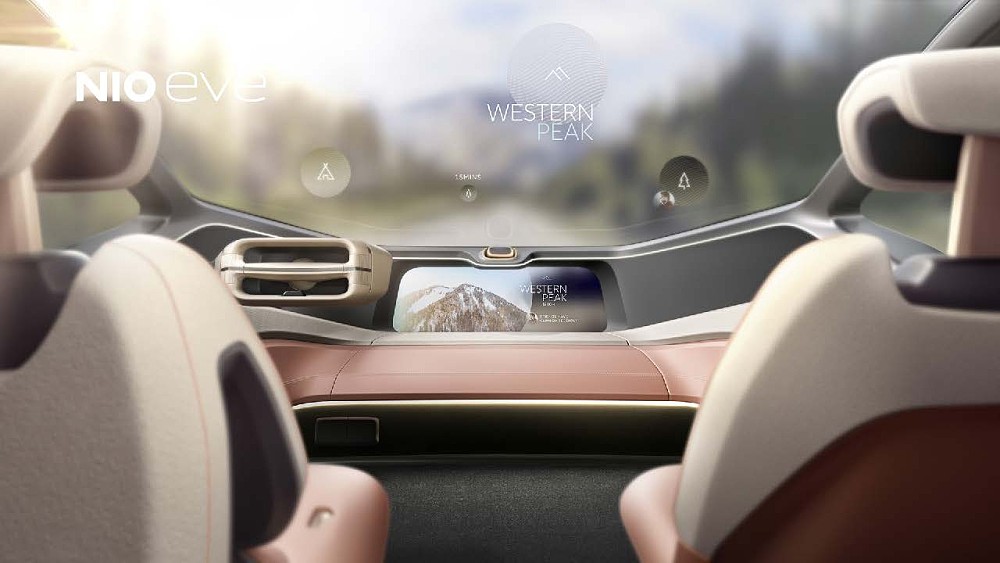 So in this vehicle of course the interior will become way more important especially, in that case, the human machine interaction becomes very crucial because you have to interact with the machine you are riding in while also feeling safe and using other features around that. So features like smart glass and other intelligent steering options would implement new ways of interaction with the machine and the car and your environment, and, of course, artificial intelligence devices. We also were having an interesting use case for new materials put into the future orientated car so I show you another little video what this will look like 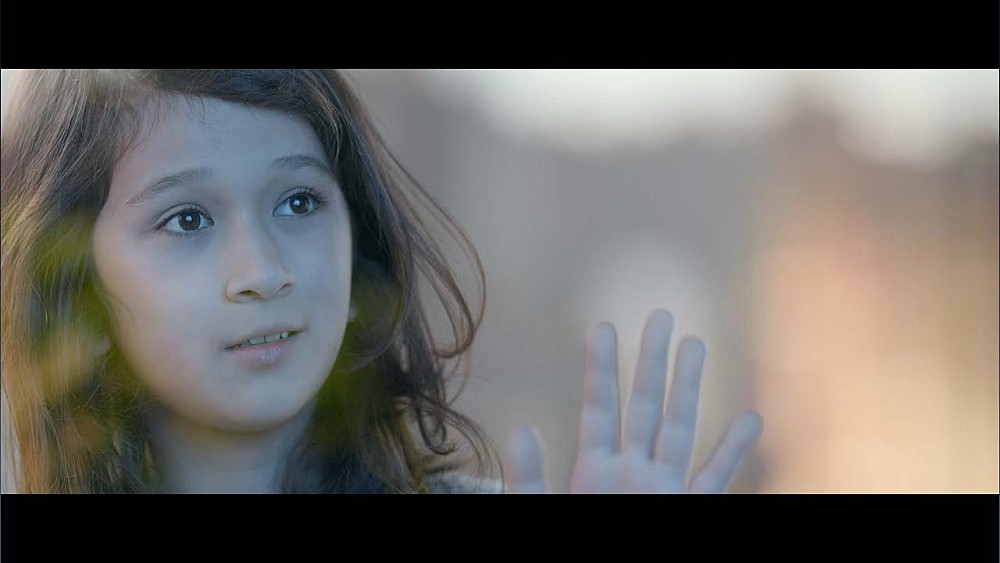 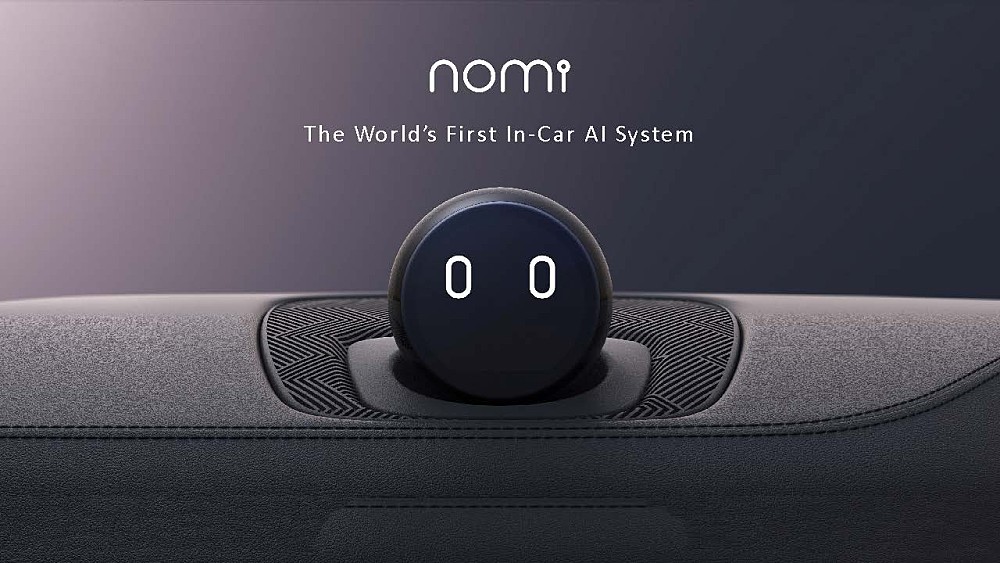 So that was a glimpse into the future, but back to reality. So as I mentioned AI devices before, we have created Nomi as already Omar said before this is probably the most advanced HMI system in our car at the moment and Nomi is a deep learning AI machine and artificial digital companion in the car. It's probably a bit comparable to Alexa - it's more like an assistant, but you can use all the features which are implemented in the digital feature system of the car. And it was the decision that as long as you are driving yourself, a voice-controlled assistant will create less distraction from the street and make you more safe in your driving, but it was clear from the beginning that it also should be having more features and therefore it was a deep learning algorithm implemented.

And a nice - for some Europeans probably a bit odd - example is a story happened in China. So there was an older customer couple having a sick cat and this poor sick cat needed to be taken to the vet at regular times so they were driving with this cat to the vet and after a while the cat died so the AI system in the car realized that the couple wasn't driving to the veterinary clinic anymore so it was asking if something has happened and then the couple explained that the cat has died so the AI was informing the customer care service and they sent the couple a mourning gift. So, as I said it might be a bit odd for some taste, but in China it was working perfectly and that's also a nice example how in different areas of the world those digital features in the interaction with humans can differ but I also have a little video on the functions of Nomi as well for you. It might be a bit for China's taste like the cat story, but nonetheless it shows the functions quite nicely. 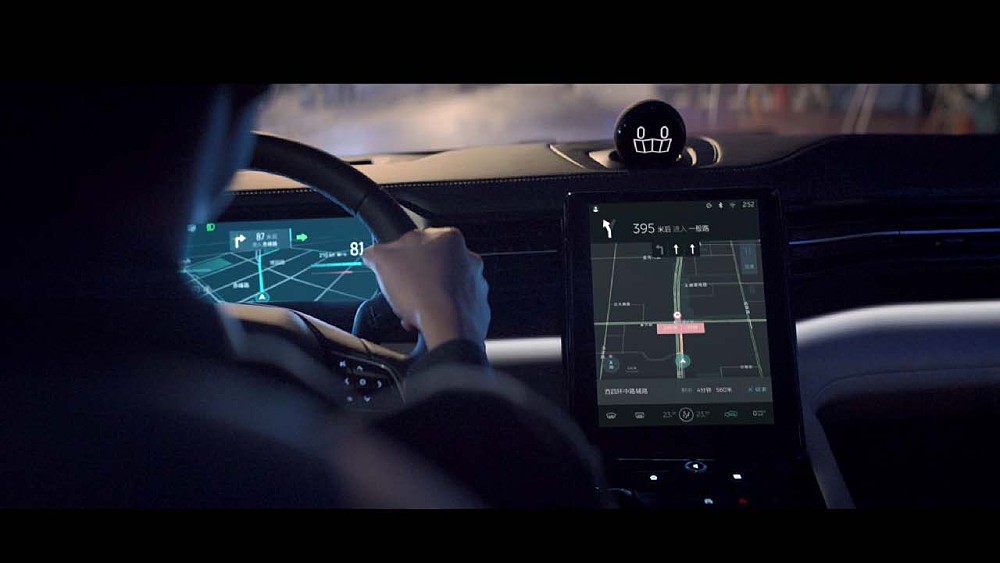 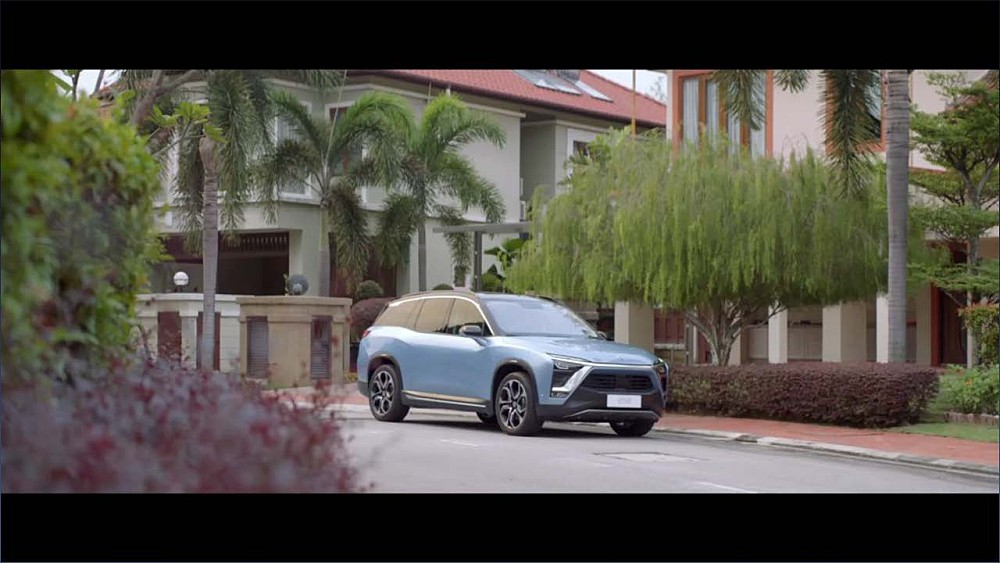 So as you can see Nomi can read the barcode of a delivery and open the trunk for in-car delivery. 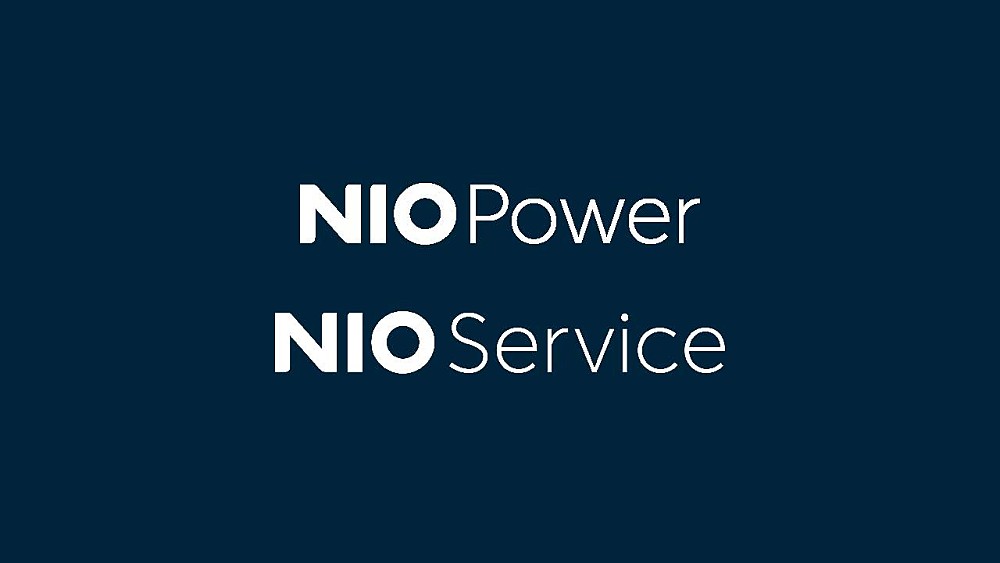 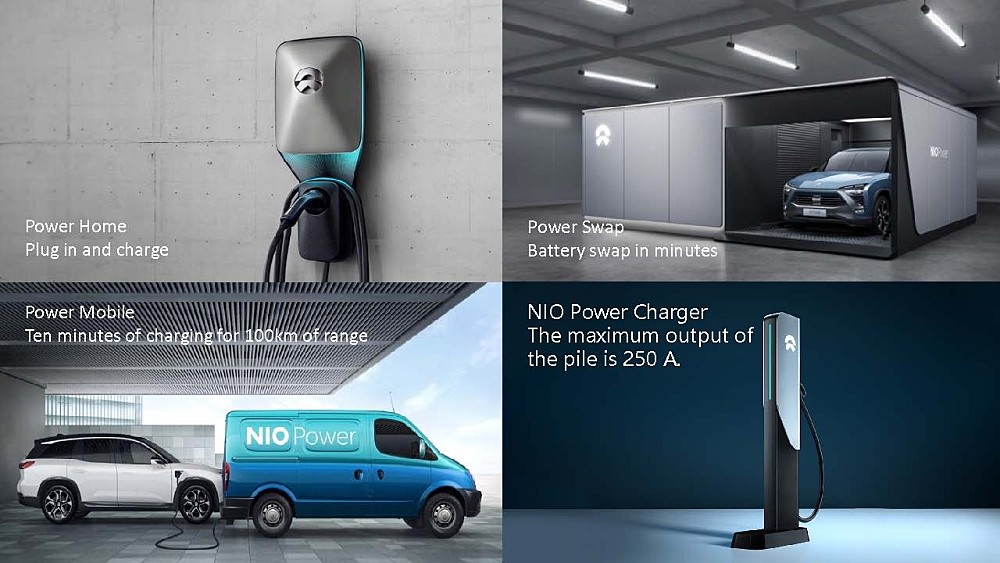 We have different possibilities to charge the car and to ease up this process since range anxiety is still the biggest hurdle in buying an electric car. So to ease up these processes cloud-based solutions are enabling the best possible charging solution for the customer where he is located right now. 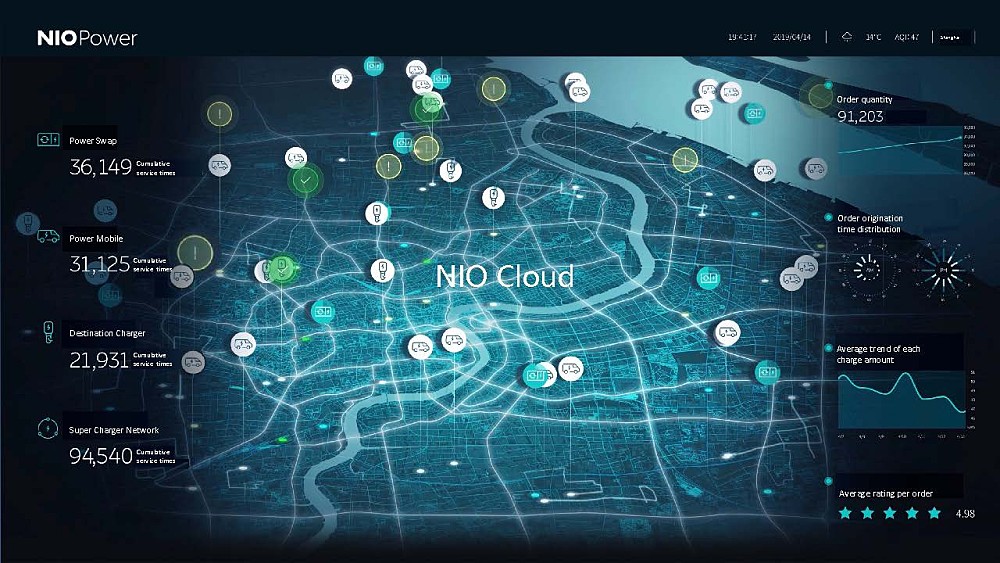 Whether it's our power mobile which is kind of like a power bank on wheels, a DC charging possibility where you can just DC charge the car, or a fully automated power swap station where you can just swap the battery, which is also a nice feature because it also enables the user and customer, a very easy way to gain full reach of the car again without spending more time as you would spend on the pump. 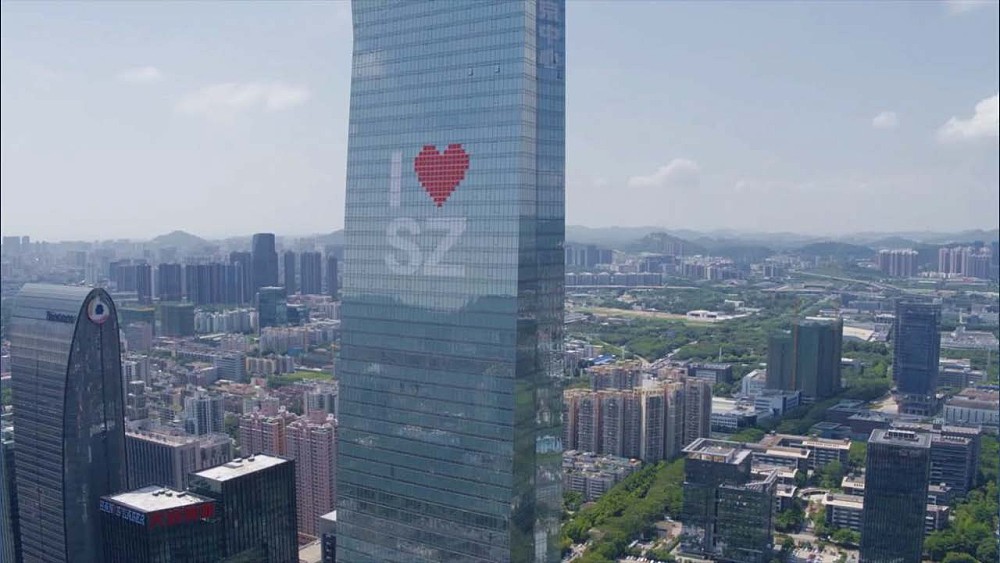 So a swap process at the moment is around five minutes. 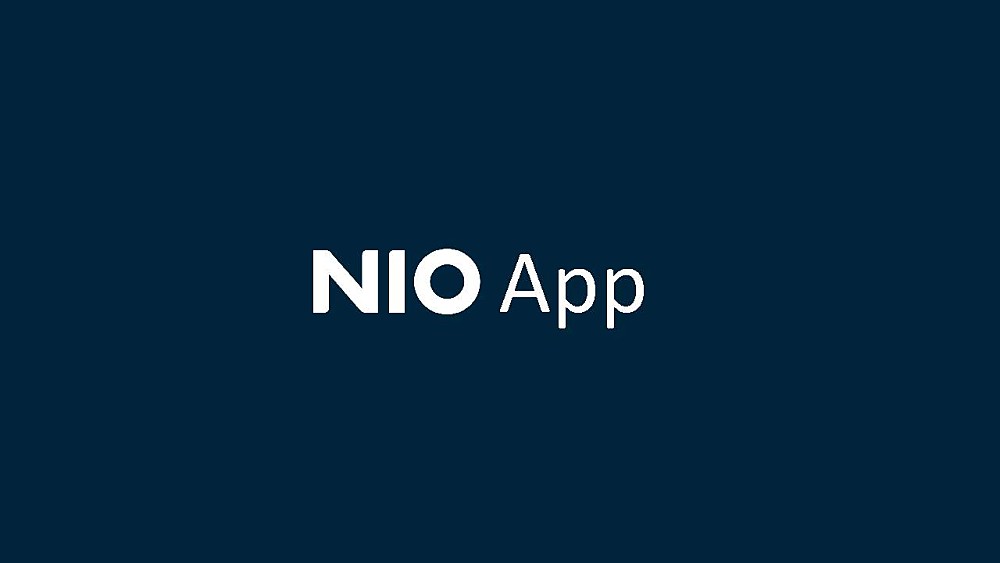 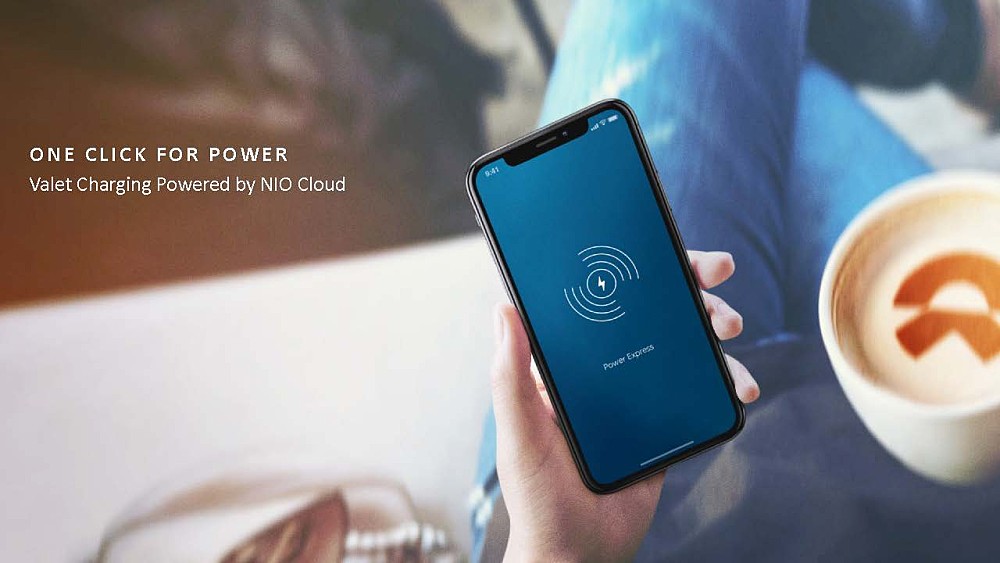 You can also use other solutions for the car; so you also have a community tool in there, you can also participate in different activities featured by the company and giving you a more human touch with all these more cold technical features. 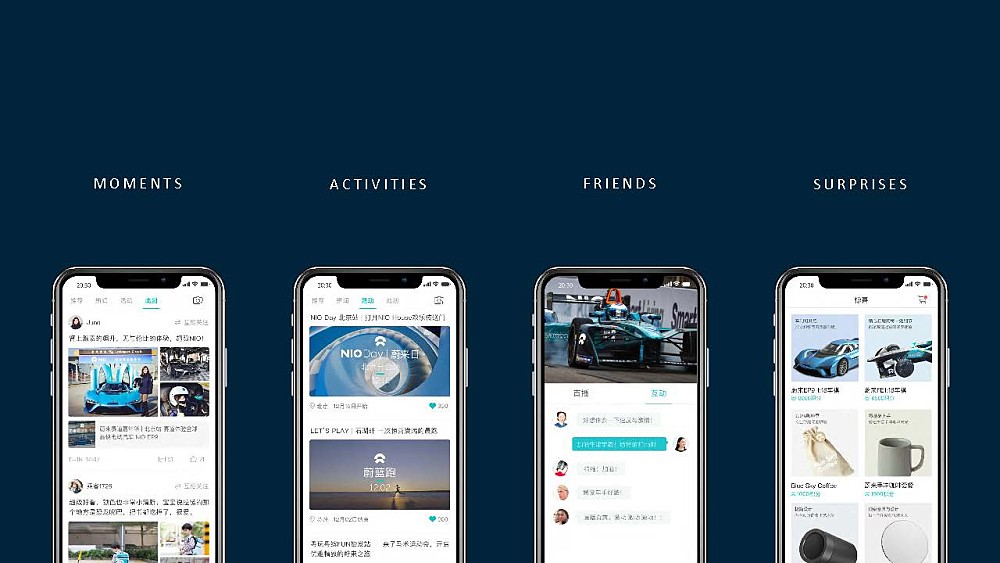 I think a very important thing, it's also already used to the customers and to the users because they are used to their mobile phones and they are used to online applications so enabling a digital lifestyle is also trying to enable a joyful lifestyle for our users and also implement with digital solutions for future products that this is very easily being implemented in the car and over-the-air updates are going to be featured for your product so that new functions, for example, when it comes to the development of autonomous driving at the moment we are at autonomous Level 2.5, but if there are new features being developed by our teams they are going to be sent over the air to the car because the technology hardware side is already implemented in the car and can be updated for the customer without having any pain points or needing to go to the garage or workshop. So I'm also looking very much forward to your questions and I hope you kind of enjoyed my not that much technical presentation thank you very much.

Christophe: Thank you very much Philipp so we can see that NIO has a global vision of the human machine interaction and you have already implemented some of them when we see Nomi for example.

The transcripts for the other three parts of this Online Conference are available as follows:

Originally broadcast on Wednesday 25 March 2020 at 14:00 GMT, the FISITA Automotive HMI Online Conference explored the interactions between human and machine in an automated car; the technology to sense, measure, control and close the loop between the human and the car; and the human-machine interfaces that have already been implemented, such as voice control, as well as some others yet to be realised.

There were 272 registrations for the conference, with 234 joining the session for some of the time and all of the others watching the replay.

The webinar attracted attendees from 23 countries with more than 10 attendees from China, Finland, France, Germany, India, the UK, and the US. There were people from over six major OEMs, many Tier Ones and a number of research institutes.

WATCH THE FULL REPLAY — register free of charge for FIEC to access the HMI replay.