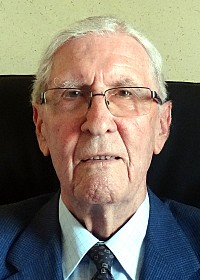 Mr. Ventre graduated from the ESTACA (College of Aeronautical and Construction Techniques) in 1955. Later that year he started working in Renault-France in the Engineering, Product and Testing Departments. He remained in the company until 1979.

From 1979 to 1982 he worked for Renault-USA as Executive Vice-President and General Manager of the Engineering and Planning Group.

In 1984 he returned to France to take up the position of Executive Director of Automobile Engineering in Renault.

Ventre has contributed to the development of areas of automobile safety and bodywork structure by presenting more than 30 projects and 19 patents. For his contributions to the automotive industry he has been presented with the ‘National Order of Merit’ (1990) and the ‘Knight in the Legion of Honour’ (1988).

In June 1998 he retired from Renault, where he was Vice-President of Automotive Engineering. He was also President of the UTAC.

In 1998 he joined the Executive Board of FISITA as Financial Vice-President, taking responsibility for financial policy and planning and later became President in 2002.