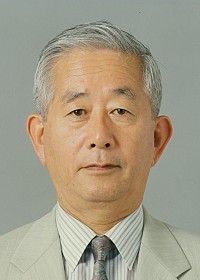 Mr. Suzuki is a past President of JSAE and Chairman of the Board, Mitsubishi Automotive Engineering Co., Ltd.  In June 1997 he retired from Mitsubishi Motors Corporation, where he held the post of Executive Vice President, overseeing the research and development of passenger cars, trucks and buses, and quality assurance operations.

He graduated from Tokyo University with a degree in Mechanical Engineering in 1955 and began working for New Mitsubishi Heavy Industries.  Following a change to Mitsubishi Motors Corporation in 1970, he became Manager , No 1 Engine Designing Section, No 1 Technical Centre in 1972.  From 1984-1987 he served as General Manager, Testing Department at the Passenger Car Engineering Centre and from 1987-1991 he served as General Manager, Passenger Car Engineering Centre.  In 1991 he became Managing Director, Office of Passenger Car Development & Engineering.  He was named Executive Vice President of Mitsubishi Motors Corporation in 1995 and in 1997 became Chairman of the Board, Mitsubishi Automotive Engineering.

Mr. Suzuki is the recipient of a commendation by the minister of state for Science and Technology, in recognition of his contributions in the area of active safety systems for passenger cars.