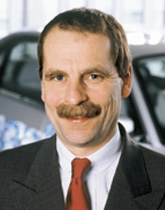 As a young student I was convinced that engineers should join a undependant association which represents the interest of engineers as well as they speak with one voice for engineers in the public. That was the reason why I joined the German VDI.

Many years later I have heard the first time from FISITA as the international association of the Automotive Engineers. In the year 2004/2005 Dr. Saito from SAE Japan and FISITA President elect asked BMW whether BMW could be more active in the FISITA organisation. BMW agreed in a positive way and I was nominated as the person who should realize this engagement in person. This was for me one reason more to look much more intensiv into the FISTA organisation.

FISITA was founded in 1948, long time before the Automotive Economy including the Automotive Science and Research became a real international dimension. In my opinion FISITA is the United Nation of the Automotive Engineers and it was and still it is a great Honor to be part of this organisation.

With Dr. Saito as the President of FISITA in 2006 I was nominated as FISITA President elect.

Together with my friends of the VDI Society Automotive and Traffic Systems Technolgy we organized the FISITA Automotive World Congress 2008 in Munich. This was one oft he most successful FISITA Congress since the begining of FISITA.

In Munich I was elected as the FISITA President 2008 to 2010. In this time we have implemented the FISITA Summit. With the Summit we interdruced an anual meeting where experts from the industry, research and public goverment can discuss actual topics in a smaler audience and if it is of advantage in a no public atmosphare. In the FISITA Summits we have discussed about global warming, energy in mobil application, autonomos driving, the new digital world, environmental effects of mobility and others.

My motivation for the FISITA Summit was to bring different people with different responsibilties  but with the same topics and tasks at one tabel and try to figure out whether they can find agreed solution. I am deeply convinced that our societies needs such kind of meetings to find the sustainable solution for the challenges of the future. The topics and challenges today are the same then during the years of my President time. FISTA can have an importent voice in the discussion between Industry, Research and Public Organisations.

In 2008 and the following years we have worked hard to integrate SAE China into the FISITA organisation. China with one oft he biggest automotive industry can not be missed in FISITA. It is a great success that Prof. Zhao, FISITA President 2018 – 2020, ist he second President coming from SAE China.

During my presidents years we also intensified the relationship with SAE India, as the final and late result of this acitvities SAE India organized the FISITA Automotive World Congress last year.

FISITA was also involved in the implementation of the Formular Student competition in several countries like Italy, China and others.

To improve the financial situation of FISITA we have worked hard to extent the Honorary Commitee. That was not an easy task due to the world ecconomic challenges in 2008 and following years. Based on the work of Dr. Saito we could convince some more companies to join the Commitee. This was an important factor to enlarge the group of people who works in the head office in London.

And finaly we have helped our friends from Hungary to oranize the FISITA Automotive World Congress 2010 in Budapest, an also very successful meeting of the Automotive engineers.

Due to my move to BMW of North America I could not follow up intensifly with my engagement for FISTA after my time as President. I was very sorry about this fact but I had to cover other challenges for BMW.

I enjoyed to work for FISITA very much. It was a great honor and I learned a lot for my entire life. Today as a retired person I look onto the developments in the automotive sector as well as in the whole mobility development with a certain level of distance but still with a high level of interest.

I wish the younger generation very much success to cover the challenges of our days. I hope that FISITA as the United Nations of the Automotive and Mobility Engineers will get an even greater momentum and an important role in the discussion around the mobility topics.

For me it was a great honor to work for FISITA and I am happy to support the organisation with recomendations and experince out of my former professional life.