Hybrid vehicles (HEV): the best of a gasoline engine and an electric motor
Since unveiling its first hybrid concept car in 1995, Hyundai Motor Company has won numerous awards, including Sonata Hybrid’s AutoPacific Customer Satisfaction Award in 2012, for its hybrid models. Azera Hybrid (Grandeur Hybrid) was launched in 2013 with a Class 1 fuel economy rating, and in 2015, Hyundai Motor Company plans to launch a plug-in hybrid car that can be charged using external power supply.

Electric vehicles (EV), advanced pollution-free cars
Hyundai Motor Company unveiled its first high-speed electric car, BlueOn, in 2010. BlueOn can achieve a driving distance of 140 km per charge, top speed of 130 km/h, and zero-to-100 km/h acceleration in 15.7 seconds. Hyundai Motor Company is working relentlessly to develop a compact car with a driving distance of over 200 km per charge, zero-to-100 km/h acceleration in 11.5 seconds and battery-charging time of 5 hours (23 minutes for a quick charge) by 2016.

Fluidic Sculpture is Hyundai Motor’s design philosophy of “Moving the soul by expressing the beauty of nature in an artistic form.” The term “Fluidic” represents nature and the term “Sculpture” represents art. Beginning with Sonata YF in 2009, this design philosophy has been applied to vehicles such as Accent, Elantra, and Azera and has been embraced by customers. In 2013, to complement Fluidic Sculpture 1.0’s graceful style, Fluidic Sculpture 2.0 was unveiled to add value through a dynamic yet poised and understated elegance. The All-new Genesis and All-new Sonata illustrate the Modern Premium of Fluidic Sculpture 2.0. and are yet another result of Hyundai Motor’s efforts to deliver unique value as a global automotive company.

From compact cars to passenger and commercial vehicles, the power train center is responsible for developing the heart of every car. With independently made engines, transmissions, and eco-friendly exhaust systems, Hyundai boasts a full lineup of model engines. Hyundai continues to work hard to develop power trains that will be recognized as the best in their class by the world over.

Hyundai Motor Company’s impressive record in engine development began in 1991, when it developed the Alpha engine, which marked the beginning of independent Korean automotive technology. In 2004, Hyundai’s Theta engine became the first all-Korean engine to be exported to a developed country. It displayed the Korean auto industry’s technical prowess to the world and raised the brand’s recognition. In 2009, Hyundai developed the R passenger diesel engine, the first in Korea to meet Euro-5 regulations and be classified as a low-emission engine by the Seoul metropolitan area. Wards Auto World named Hyundai’s Tau engine one of its 10 Best Engines for three straight years, from 2008 to 2010. In 2012, the Gamma T-GDI engine, with best-in-class power performance and improved fuel efficiency, proved to the world that its engine technology is the best in the world. 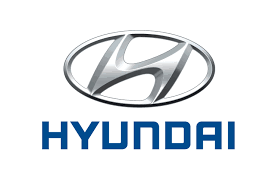